From the Civil War to Civil Rights. That is how our docent described the Alabama State Capitol. Before we got there though, our day started with breakfast at the Red Bluff Cottage B and B. Rebecca is an inn sitter; that is, she fills in for owners who have to get away for whatever reason. The owners here had a commitment and Rebecca was called in. It is her fifth time here. 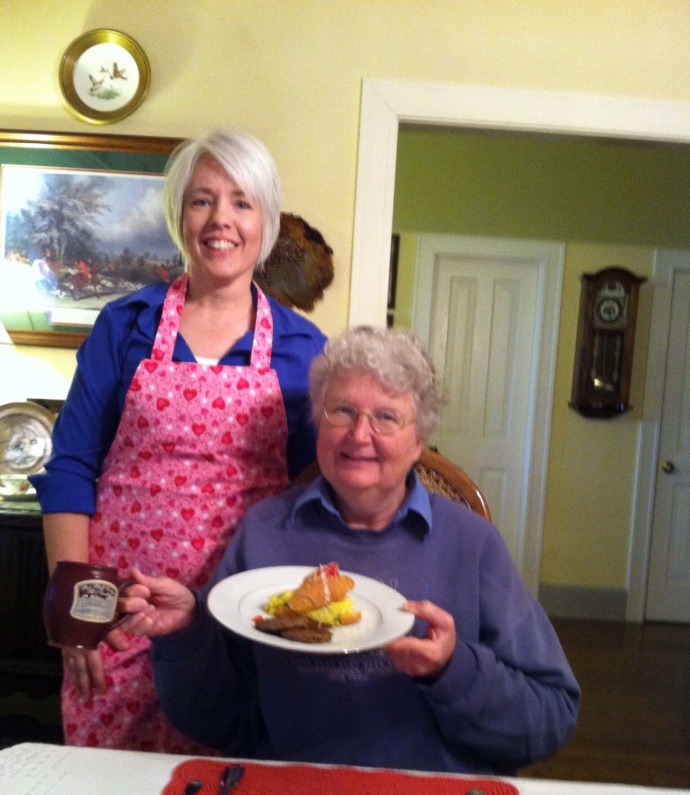 Rebecca and Chris at breakfast

Breakfast was fruit in cream in a fancy parfait dish followed by eggs/spinach/cream sauce on a croissant with sausage patties. Plus, I had cold milk in a glass with ice cubes. What more could I ask for?

Chris and I drove east to Tuskegee, AL. Tuskegee is home to the Tuskegee Institute National Historic Site. This is a private, primarily black university founded in the late 1800s and initially headed by Booker T. Washington. George Washington Carver spent many years here doing research (We saw his homesite in SW Missouri last fall.) Unfortunately, despite website information and signs on the grounds, the Carver Museum was closed and tours of Booker T. Washington’s home were being held at a different time. The home was locked when tours are not being given. So we saw the buildings and grounds and then left for our second site in Tuskegee, the Tuskegee Airmen National Historic Site. 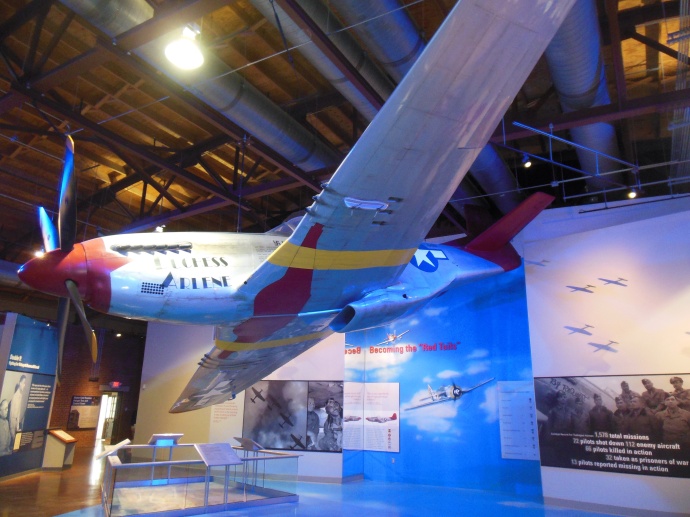 The recent movie has probably made many of you aware of the Tuskegee Airmen. Short summary. In 1941 the Army, under pressure, sets up a training program for African-Americans to become pilots. Because the army is still segregated, the entire unit is black (mechanics, cooks, pilots, etc) except for the officers. Tuskegee University is chosen due to its historical setting and the fact that it has run a successful civil aviation training program.

The Tuskegee AL area was still racist, so the soldiers face the then current attitude of African-American inferiority, segregated public facilities, KKK, etc. Their units go through delays in getting into combat, are posted to facilities where they live in segregated quarters, etc. In the end, they acquit themselves admirably and earn scads of medals and acclaim. Then they return to the U.S. and segregation.

The historic site is located at Moton Field where the Tuskegee Airmen trained during WWII. Once again, the exhibits were moving and insightful. A large group of young men and women from Officer Candidate School at Maxwell Air Force Field in Montgomery were also present. I had never heard quite so many “Sir” and “Ma’am” while talking to a group of people before.

We drove the 40 miles back to Montgomery to make our visit to the State Capitol. Tours were to be at 1 and 3 pm. Luckily we chose the 1 pm since there was an unadvertised cancellation of the 3 pm tour due to a high-level function was being held this evening.

Even luckier for us, our docent was Aroine Irby. This gentleman was 19 and present at the Bloody Sunday police riot at the Edmund Pettus bridge in Selma; he walked the entire 54 miles of the Selma to Montgomery March; he witnessed in the King Memorial Dexter Avenue Baptist Church George Wallace’s conversion and apology to blacks for his segregated stance; and later he served in Wallace’s cabinet and was a pall bearer at his funeral. Finally, his mother has a quilt in the Smithsonian being a member of the Gee’s Bend quilting cooperative that was mentioned on Oprah a number of years ago. He served in the Army for years and has a PhD in history and was responsible for the exhibits and film at the Lowndes County Interpretive site on the Selma to Montgomery March. Man, how could we ever get a more impressive docent? Besides he was informative and entertaining.

The State Capitol does not have a lot of offices. The legislative bodies have moved across the street. However, the Capitol has been recently restored and has several examples of trompe l’oeil painting-realistic painting used to create a false image. Here it make portions of the walls in two rooms to appear three dimensional. (Missouri’s capitol has examples of this painting also.) The rotunda dome has murals depicting important moments in the history of the state.

The star marks where Jefferson Davis and George Wallace stood

But the theme of Mr. Irby’s talk was the role this building has played in the Civil War to Civil Rights of this country. Jefferson Davis stood here and was inaugurated as the President of the Confederacy. George Wallace on his first inauguration proclaimed “Segregation now, segregation tomorrow, segregation forever”. A little later the marchers from Selma stood at the street below where Wallace and Davis stood and Dr. Martin Luther King Jr. spoke to the crowd. And later, Mr. Irby and his sons had earned degrees from the University of Alabama.

One view of the Alabama state capitol

After the tour, we headed to Chris’ Hot Dogs, a family owned restaurant in Montgomery for over a hundred years. It is an institution. But the food tasted institutional and was not worth writing home about. It turned out that all 8 people on the tour ended up here eating a late lunch. We sat with a couple from Great Falls, Montana and discussed their 6-7 month RV excursion in southern U.S.climes. 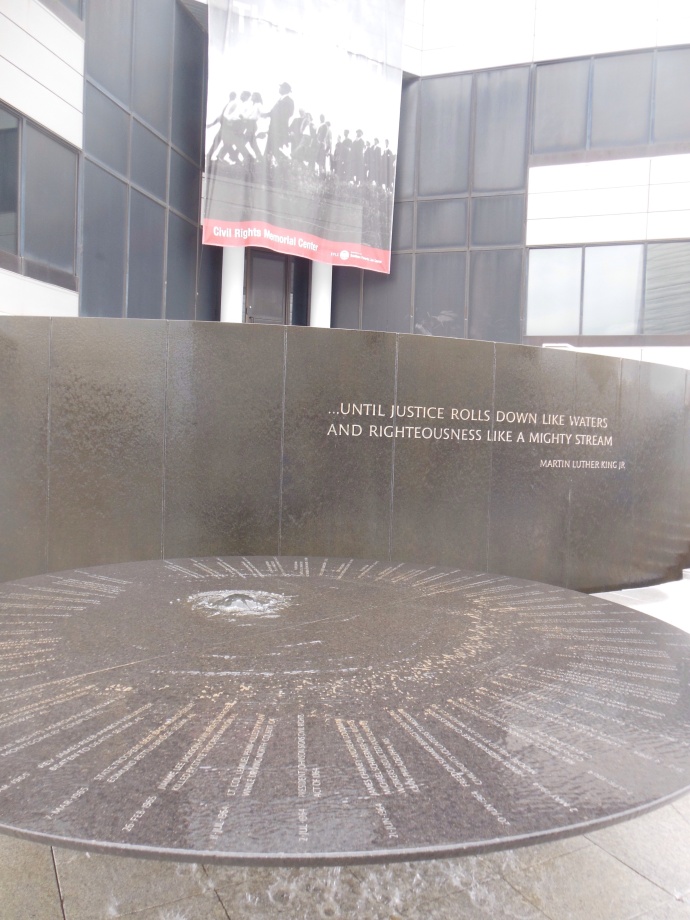 Our final stop was at the Civil Rights Memorial Center sponsored by the Southern Poverty Law Center. This was a powerful exhibit of individuals who have been murdered in the South because they were black or were working for civil rights issues.

This site uses Akismet to reduce spam. Learn how your comment data is processed.

Archives-trips start in Jan. 2013–Nov. 2017, some of earliest posts and photos removed to avoid 50% fee increase WordPress has made.